Greening of the Industry I 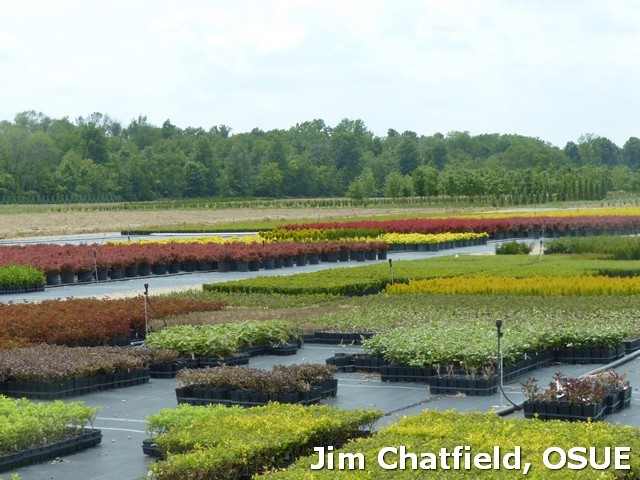 Greening of the Industry I

It is an oft-forgotten fact that the green industry in Ohio is a major leader nationwide and an important factor in the economic engine here and throughout the United States. Ken Fisher recently detailed some important data about this in a Buckeye article of ONLA.

As Ken notes: “Every five years there is a survey commissioned by USDA-National Institute for Food and Agriculture (NIFA) and funded by the Horticultural Research Institute, the research foundation of AmericanHort.  I serve as both CEO of AmericanHort and Executive Director of ONLA and had an advance copy of the findings that have now been submitted to the Journal of Environmental Horticulture and should be in an upcoming publication.”

It is a voluminous document and we will be sharing more of this information in bygl-alerts in coming months, but here is a taste:

Economic contributions nationwide for all green industry sectors was: $159.57 billion.

The green industry includes: nurseries, greenhouses, turfgrass production, landscape construction and maintenance companies, wholesale and retail distribution firms of horticultural products, direct suppliers for these horticultural businesses, and so forth.  This summary does not include many important components of the green industry, such as  arborists (e.g., Davey Tree Expert Co., a $billion company headquartered in Ohio) and lawncare companies.

And now Ohio: Direct employment, 90,406 jobs, Direct economic output, $14.5 billion,  $628 million in state taxes, $1.02 billion in federal taxes. Ohio trails only California, Texas, and Florida in these numbers. Again, this is an underrepresentation of the clientele in the U.S. and Ohio green industry since it does not include several key sectors of the green industry.

It should also be noted that in our tough economic times this Spring, the green industry has fared very well: landscapers, arborists, nurseries and greenhouses, and garden centers, defined as “essential industries” had in many cases record springs, as many Ohioans and others around the country turned to their landscapes and gardens for sustenance during these distanced times.

Thanks, Ken.  Plants are green in more ways than one.