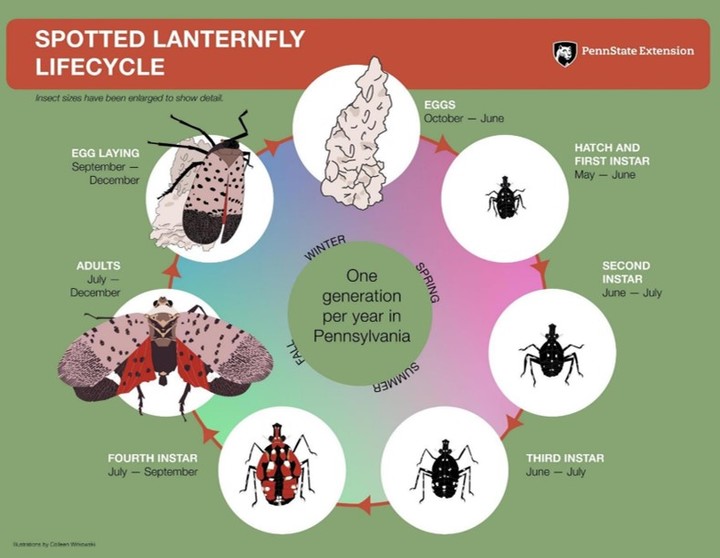 While the spotted lanternfly (Lycorma delicatula) (SLF) has not been detected in Ohio, the Ohio Department of Agriculture (ODA), along with the Ohio State University (OSU) and the Ohio Department of Natural Resources (ODNR) are urging Ohioans to continue to be on the look-out for this invasive insect. Many are using the Great Lakes Early Detection Network (GLEDN) App to report tree-of-heaven (Ailanthus altissima), a favorite food or host for this plant hopper, especially as an adult, and then revisiting the tree looking for signs and symptoms of SLF throughout the year.

The great thing about the GLEDN App is that you can make a negative report if you don't see SLF. Individuals engaged in this important work can download and then log onto the GLEDN App. Each time they revisit the site where tree-of-heaven as been IDed and do not see any indications that SLF has infested the host, a negative report can be made. If someone suspects that SLF is present, a suspect report can be made via the App and ODA will be alerted and follow-up will occur. Confirmation of an infestation must follow a detailed protocol that includes confirmation through USDA and any and all suspect reports are followed up on as quickly as possible. If someone isn't using the GLEDN App, but is concerned that they might have seen this insect, they can also contact the ODA directly and are urged to make the report online at: https://agri.ohio.gov/wps/portal/gov/oda/divisions/plant-health/invasive-pests/slf

In Pennsylvania where this insect was first discovered in North America, we have been following its development to alert Ohioans what stage of the insect to be on the look for. While the egg masses began hatching earlier this spring, if SLF is in Ohio, we should be seeing the nymphs with the prediction of adult activity beginning within the next 30 days.

The first, second and third instar nymphs are black and white, with the fourth instar being red, black and white. The adults look very different than the nymphs. Below are pinned specimens captured in a photo in a lab in Pennsylvania in the fall when members of the Extension Nursery Landscape and Turf (ENLT) Team visited Pennsylvania to learn more about this non-native invasive species.

Adult SLFs on birch tree in Pennsylvania in October.

Help us look for SLF in Ohio - what we are calling Operation Spot the Spot. This insect, as with many non-native, invasive species, is a great hitch-hiker - catching a ride and spreading outside its established range or beyond its natural spread. Below is the current distribution map of SLF. 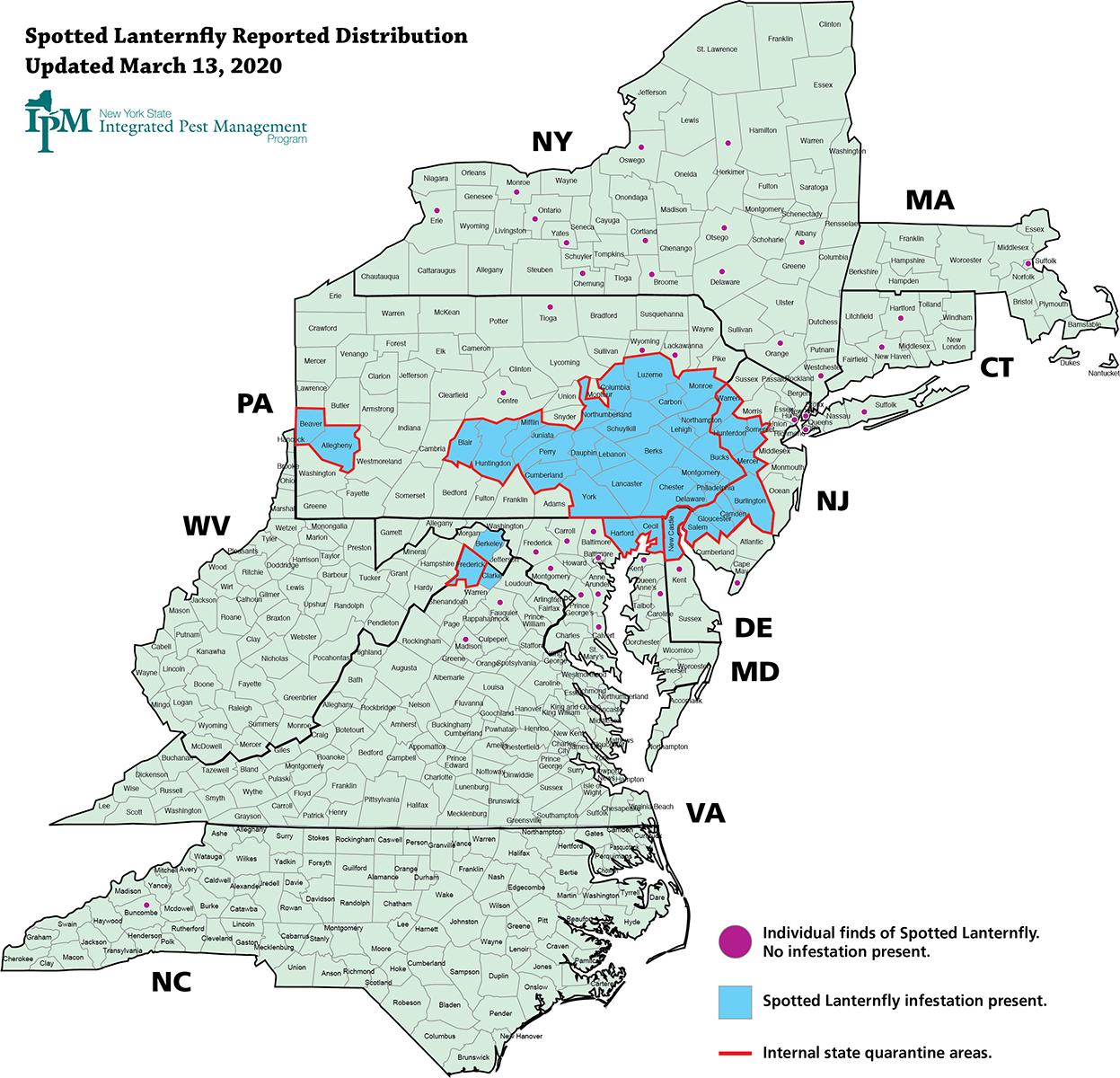