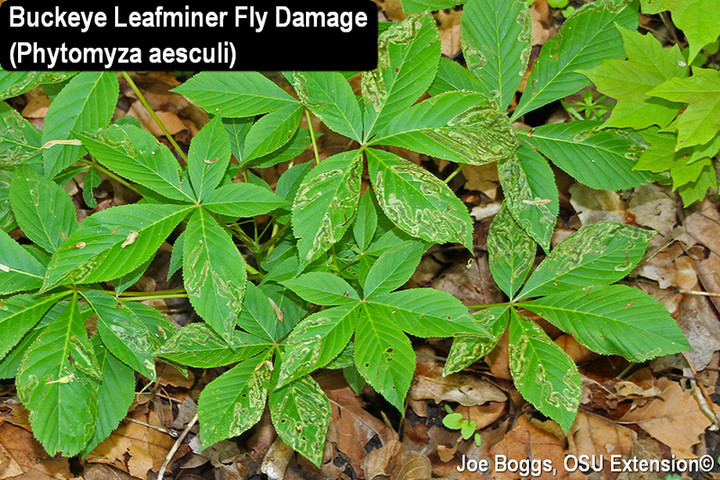 I've posted a number of BYGL reports over the past several years of a leafminer on wild buckeyes (Aesculus spp.).  I first ran across the leafminer in a park near my home in Butler County, OH.  However, the culprit was unknown; it had never been classified by science.  The leafmines contained maggots, so I referred to the leafminer as an "unidentified fly" that most likely belongs to the dipteran family Agromyzidae (leafmining flies). 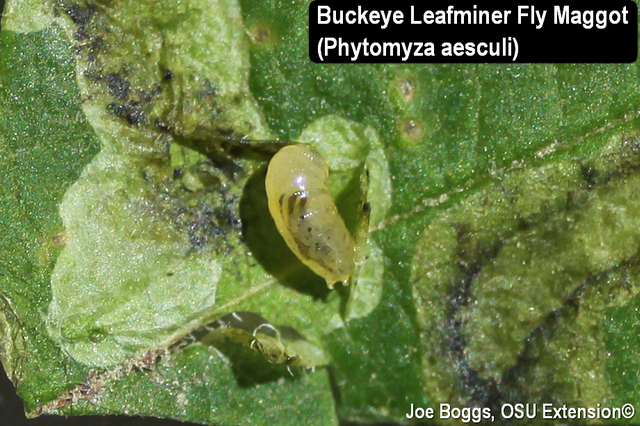 That changed with a paper published in the journal Zootaxa in which this leafmining agromizid fly, along with 11 others, was described and given scientific names.  Our previously unknown leafminer is Phytomyza aesculi [cue the trumpets!].  It's nice to finally know ya.

Knowing the taxonomy of an insect allows comparisons with other closely related insects which can provide clues to behaviors and life cycles.  For example, there are around 400 described species belonging to the genus Phytomyza including the holly leafminers in the so-called P. ilicis species group.

Thus far, I've only found P. aesculi on wild buckeyes.  I've never observed it on buckeyes in landscapes or on horsechestnuts.  The Entomological Society of American has not yet assigned a common name to the new scientific name, so as with past BYGL Alerts on this leafminer, I will continue to call it the "buckeye leafmining fly." 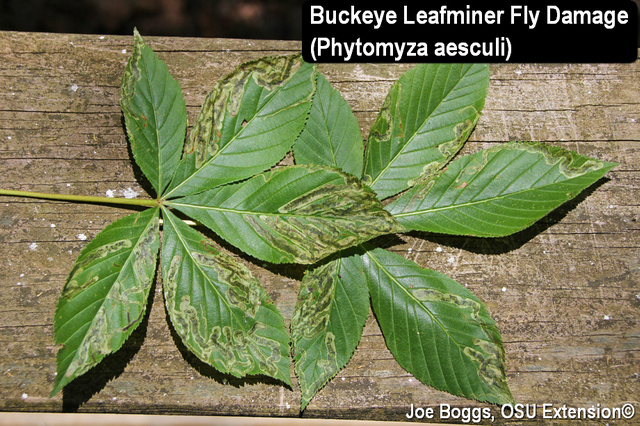 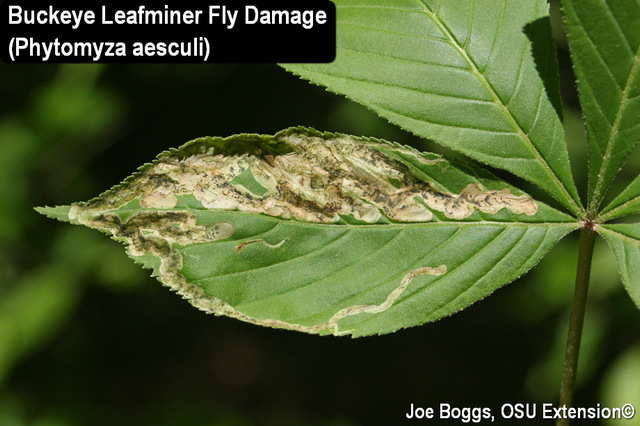 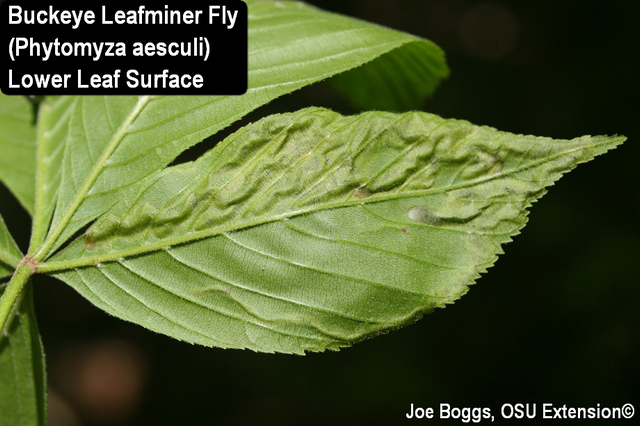 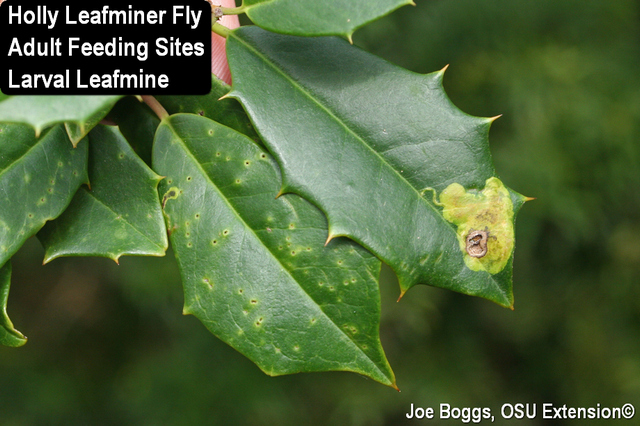 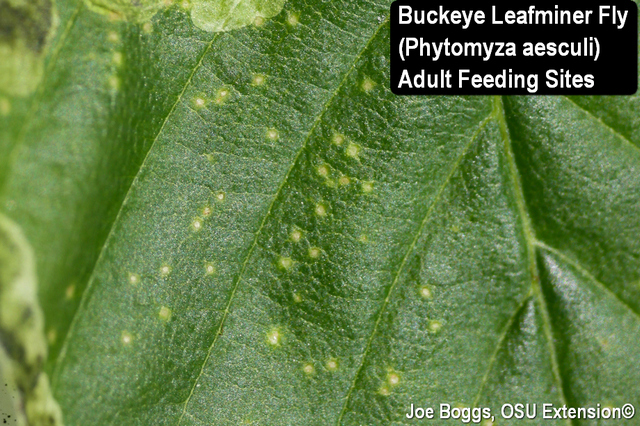 Once the eggs hatch, the resulting early instar buckeye leafmining fly maggots produce snaking (serpentine) leaf mines.  As the maggots mature, the mines become wider; sometimes ballooning into blotch mines.  Leaves may be infested with only a single maggot that produces a meandering leafmine, or several maggots that produce coalescing leafmines. 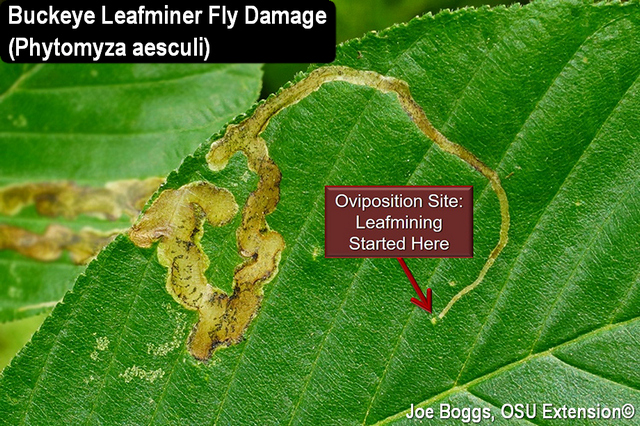 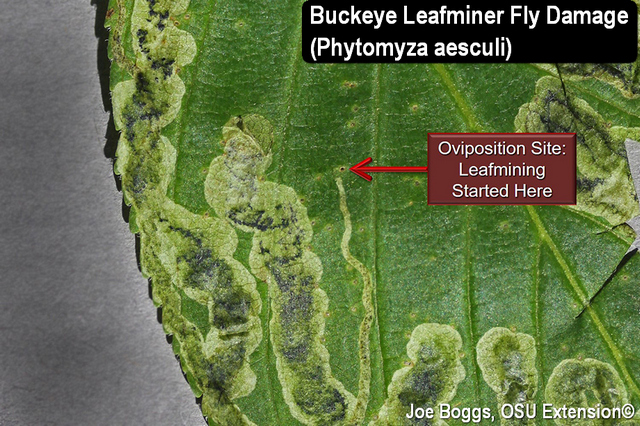