Secrest: Calm Before The Frost 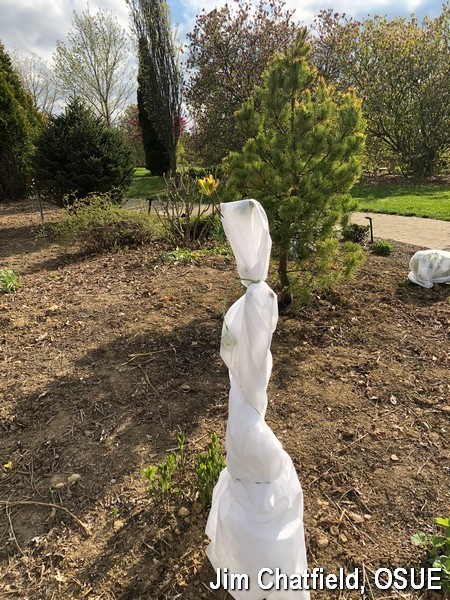 May 8 was a cold but pleasantly crisp, partly cloudy afternoon at OSU’s Secrest Arboretum at OSU-Wooster. May flowers were in order from azaleas to redbuds, from fothergilla to pearlbush.

But there were ghostly apparitions as well.  Not Christmas in July; instead more like Halloween in May.  On this particular Hallows-Eve, the image that haunts is the promise of a late-Spring, early morning (around 7am) May 9 frost, predicted to log in at 28 degrees F.

So, especially for young Japanese maples, out came hopefully protective plant pre-shrouds, as Secrestians hoped to put the hex to stave off shrivelled death-shrouds of plant leaves and buds.

What is your prediction? Will these help? Stay tuned.