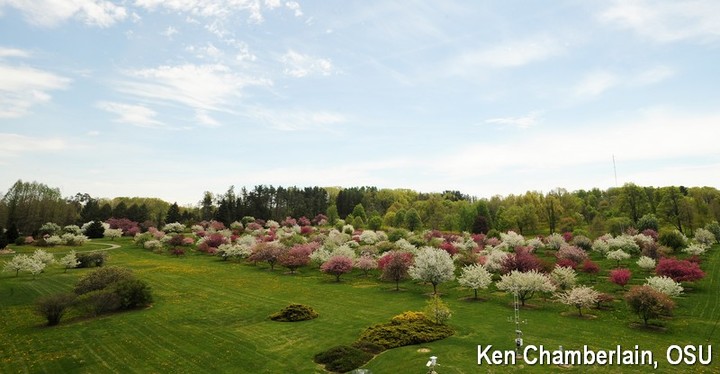 On May 4 Larry Dunn posted this request: “I wonder if Jim Chatfield, or someone else at Secrest, could arrange to do a drone video flyover of the Crabapple collection at its peak so that those of us who can’t get out and about right now can see it in all its glory?”

Well, of course the key part of that request was “somebody else”.  Jason Veil, curator of Secrest Arboretum, was the one who, working with drononauts Scott and Danae Wolfe, on May 2 developed a video of Crablandia, with a pre-peak peek of crabapple bloom. Check out the drone footage on the Friends of Secrest website at:

As indicated on the Crablandronia: “For those who cannot make it in person, check out this amazing drone footage of Crablandia taken on May 2. Thank you to Scott and Danae Wolfe for shooting the drone. All drone footage was filmed with prior authorization from The Ohio State University.”