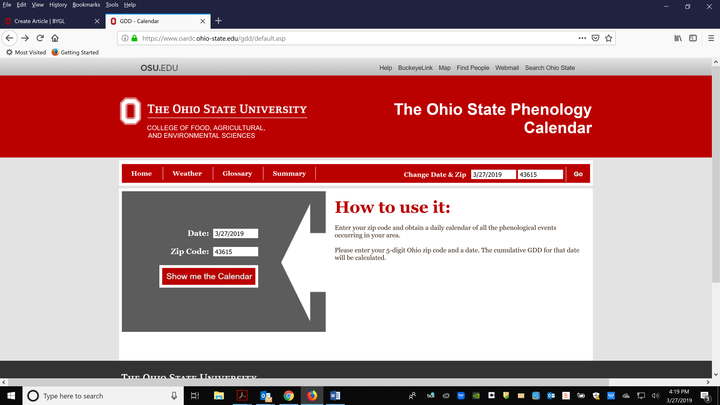 Here is a look at GDD accumulations across the state  as of April 16, 2020. While I couldn’t do every Ohio zip code – but you can easily do your own – this gives you a taste of where others are at in Ohio.

Once you have your own GDD, you can click on the ‘summary’ tab and it will provide the last 6 years of GDD accumulations on that same date. I used the zip code of the office in Toledo as an example.

Just as you can change the zip code on the website, you can also manipulate the date if you would like to explore what was the GDD on a specific date in the past. If you have any questions, or need additional guidance to navigate the website if you are a newbie, send an email to stone.91@osu.edu and in the subject line include: GDD