Dandelions for Dinner by Zoe Eads-Scofield 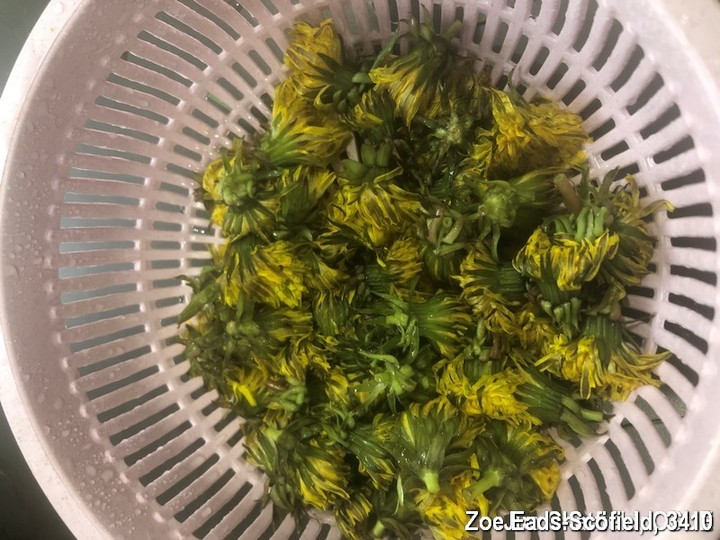 {This is a creative Plant Profiles BYGL-alert contribution from Zoe Eads-Scofield in the Horticulture and Crop Science, “Sustainable Landscape Maintenance” class.}

Dandelions for Dinner by Zoe Eads-Scofield

Taraxacum is a large genus of flowering plants in the Asteraceae family, which consists of species commonly known as dandelions. Dandelions are native to Eurasia and were introduced from Europe, and now are widely distributed as wildflowers. Like other members of the Asteraceae family, dandeliona have small flowers collected together into a composite flower head.

Each single flower in a head is called a floret. Due to their abundance along with being a generalist species, dandelions are one of the most vital early spring nectar sources for a wide host of pollinators. Raw dandelion greens contain high amounts of vitamins A, C, and K, and are moderate sources of calcium, potassium, iron, and manganese.

The entire plant, including the leaves, stems, flowers, and roots, is edible and nutritious. I have been seeing recipes for fried dandelion flowers so I decided to try them out. I picked the flowers, thoroughly washed them, dipped them in seasoned egg, then in seasoned flour, and fried them until slightly brown. They were pretty good and very easy to make!