Snowdrops: Beauty in the Midst of Chaos 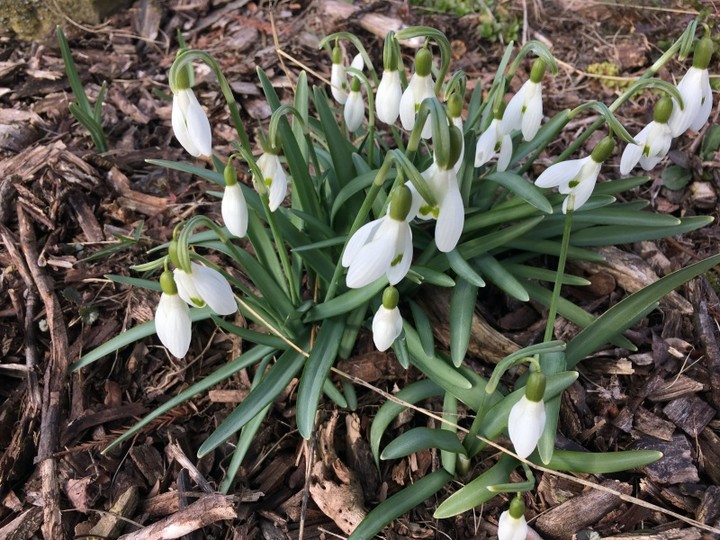 It can be easy to miss the beauty of the natural world when being overwhelmed by anxiety and stress.  I nearly missed this herald of spring the Common Snowdrop (Galanthus nivalis).  This member of the amaryllis family is native to Europe and Eurasia but is not considered an invasive. 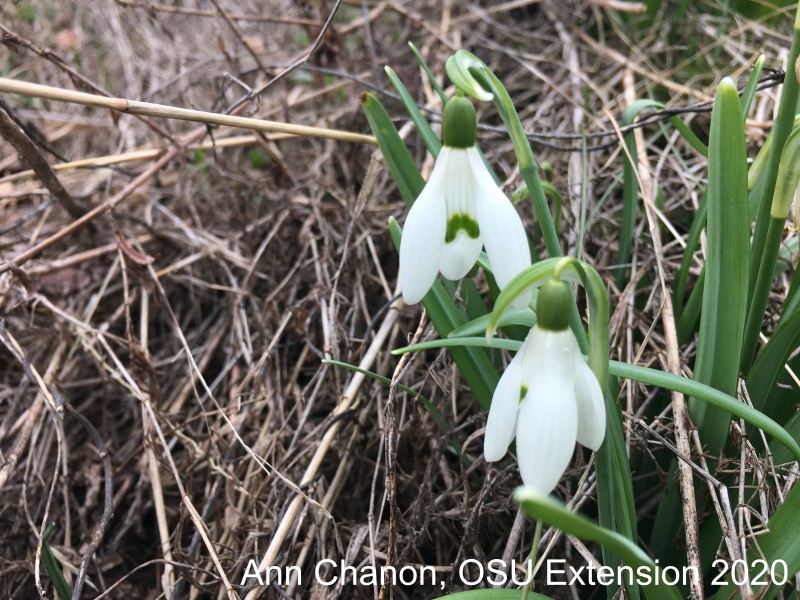 Each bulb produces 2-3 gray green linear leaves typically 4-6” in height and ¼” in width.  The white bell like flowers about ¾-1” long are supported on an erect scape.  Each flower is composed of six tepals; this is the botanical term used when sepals and petals have a similar appearance. The three outer tepals are all-white and are about twice the length of the inner tepals.  The three shorter inner tepals have green blotch bordering the notch in each inner tepal.  The green markings are thought to act as nectar guides for pollinators and to increase photosynthetic capacity (Aschan and Pfanz, 2006).  Snowdrops produce nectar and some are fragrant.  Flowers can last up to one month depending on the temperature (Weryszko-Chmielewska and Chwil, 2016). Snowdrops have no serious insect or disease problems and are not bothers by deer, rabbits, chipmunks and mice.  I found one caution for pets and children that is with other members of this family the plants are poisonous if ingested.

Plants need full sun to part shade and do well under deciduous trees and shrubs.  Soil should be moist but well drained.  Snowdrops are typically 6” in height so they fit well in perennial gardens, along walks or pathways and in woodland areas.  Choose a site where the snowdrops can be easily seen from indoors.  Bulbs should be planted in fall 3” deep and 3” apart in drifts of 10-25 or more and can be left undisturbed for many years to form large groups.  They can be combined with other early blooming bulbs like Siberian squill (Scilla siberica), Glory of the snow (Chionodoxa), and early small daffodils. Sometimes snowdrops are confused with snowflakes (Leucojum vernum).  The key diagnostic features of snowflakes are plants are usually taller (9-12”) and all the tepals are of equal length.

There are many cultivars on the market.  One of the most widely available is ‘Flore Pleno’.  It is a double flowered fragrant form that won the Award of Garden Merit from the Royal Horticultural Society. 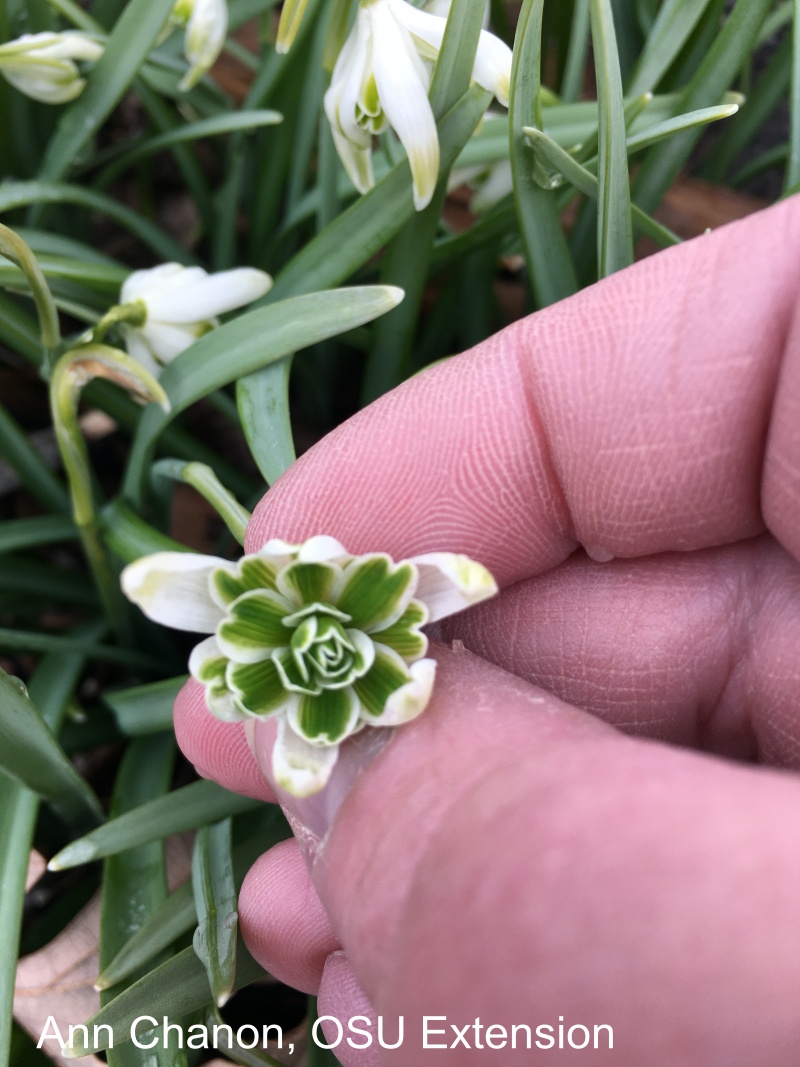 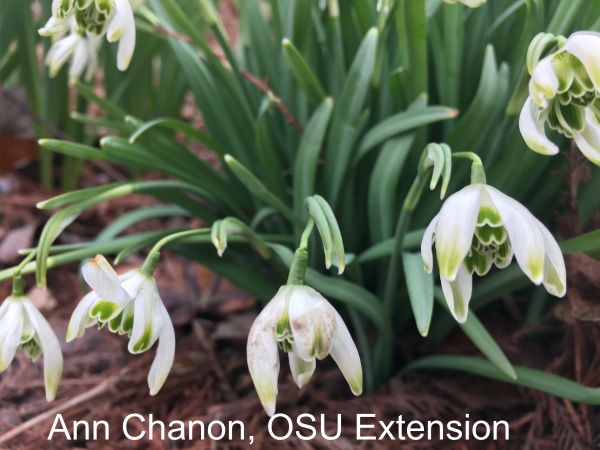