Scouting for Scale at Solstice 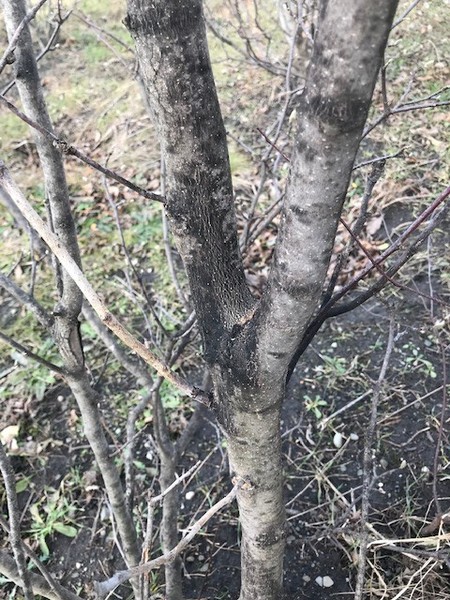 Winter Solstice, the first day of winter seems like an unusual time to be outside looking for insects. 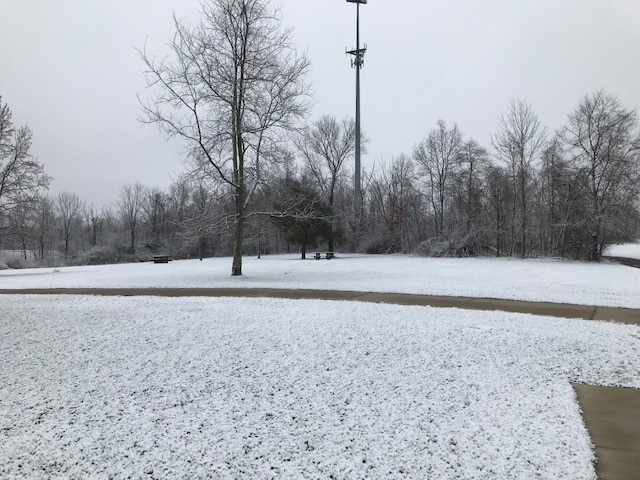 However, it is an excellent time to scout for both Soft Scale and Armored Scale. With the leaves off trees and shrubs, it is easy to find plants with signs of scale damage and scale. 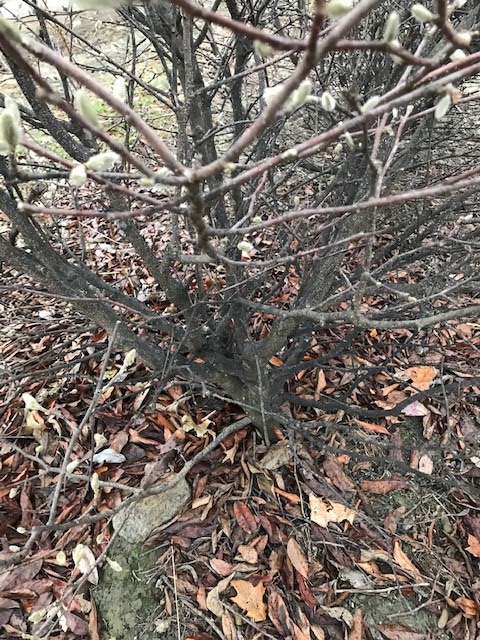 As you are scouting in the nursery or landscape, plants that just do not look right can be an indicator of scale. Late summer, one of our growers noticed early fall color on Red Maples. 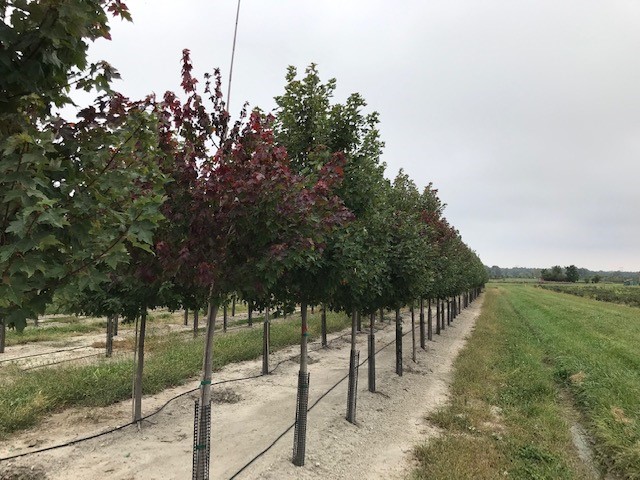 At closer inspections, an infestation of oyster shell scale was found. 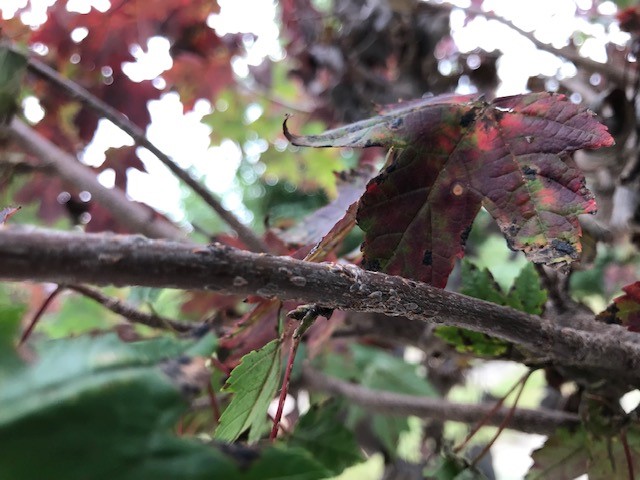 Upon returning last week, the same infested trees are retaining their desiccated leaves. 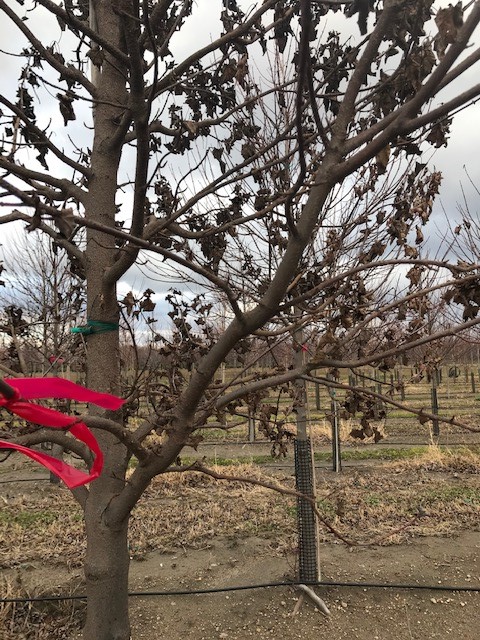 The oyster shell scale is much easier to see when the trees shed their leaves. 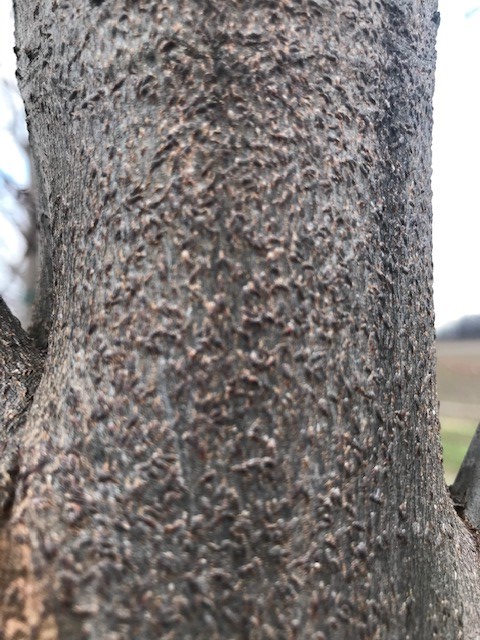 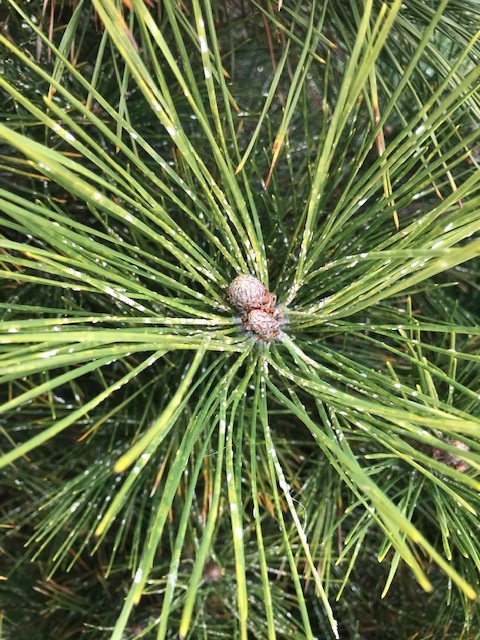 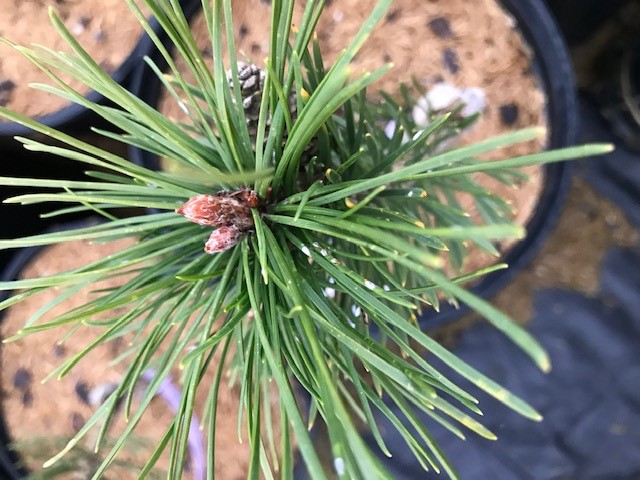 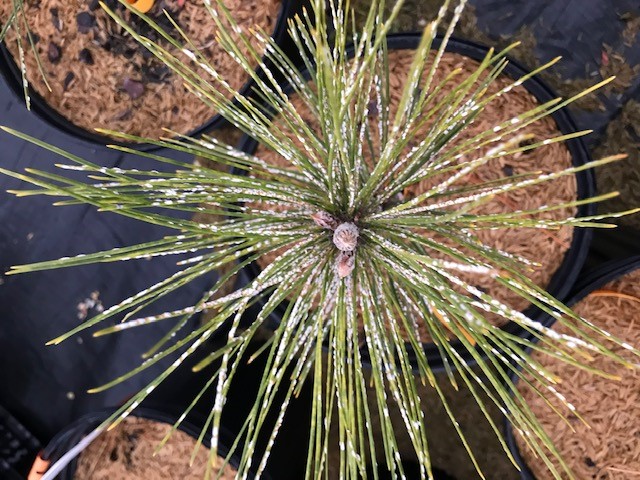 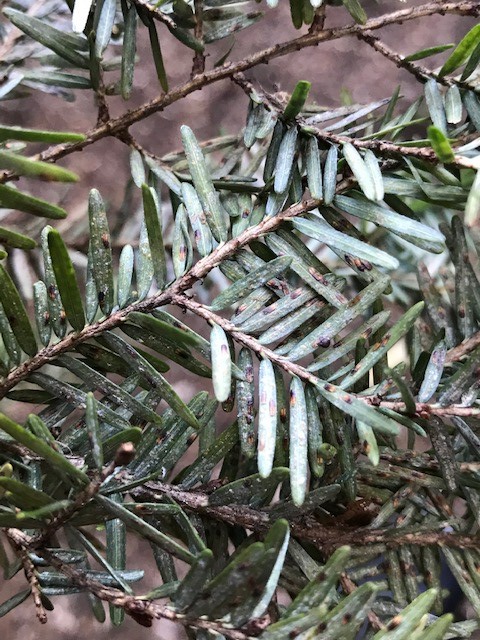 In addition, Juniper Scale on Juniper was observed. 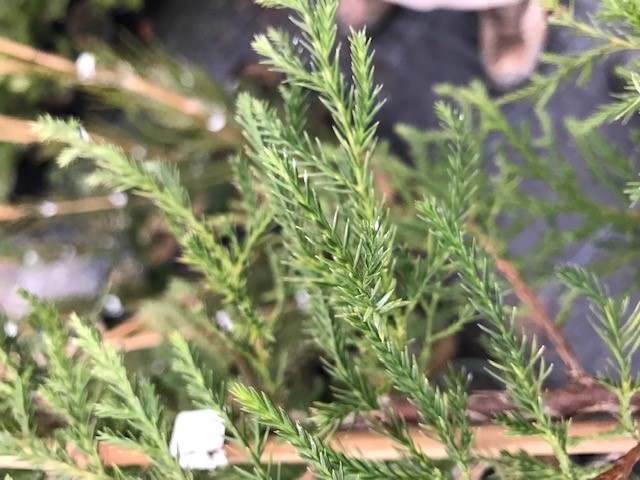 Since Pine, Hemlock Elongate and Oyster Shell Scale are all Armored Scale, they produce no honeydew. 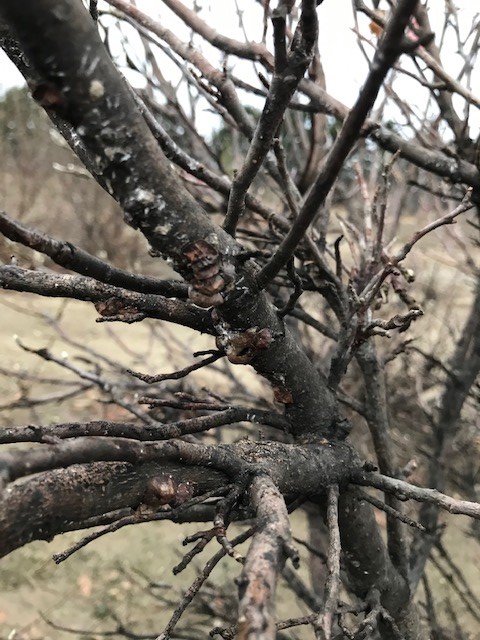 and Fletcher scale are soft scale and produce honeydew, which causes sooty mold. Sooty mold is very easy to see in the winter since the foliage is gone. 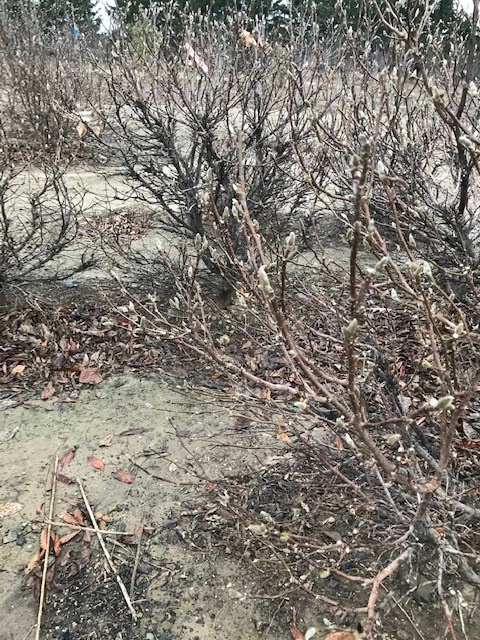 By looking up or in on the plant, you can inspect for scale. Magnolia trunks and stems will appear black when infested. 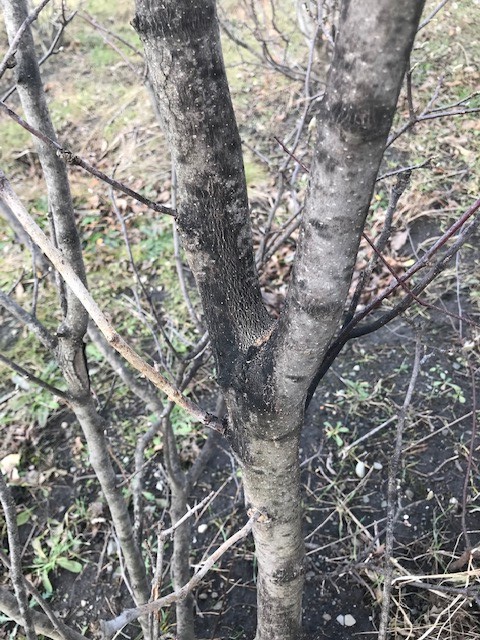 The interior of Japanese yes may appear black as well. 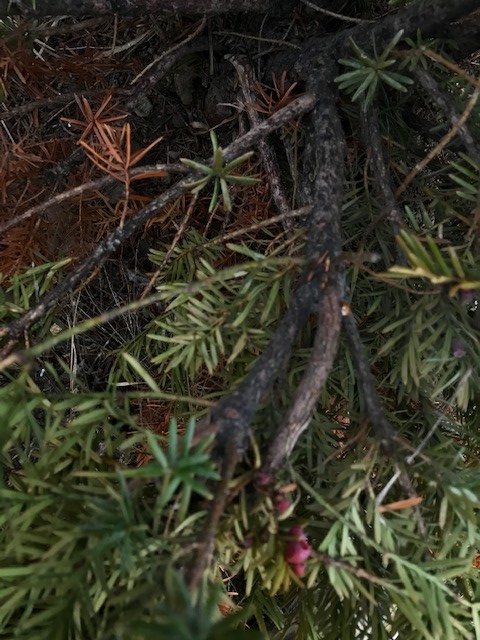 At closer inspection, the scale could be observed. 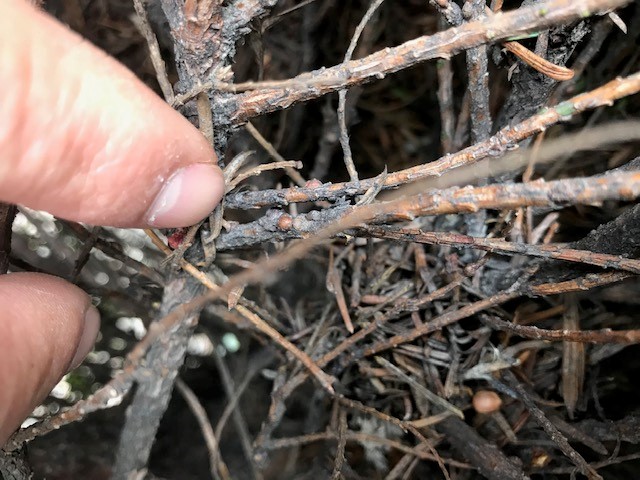 Euonymus scale was easy to see in these top grafted plants. 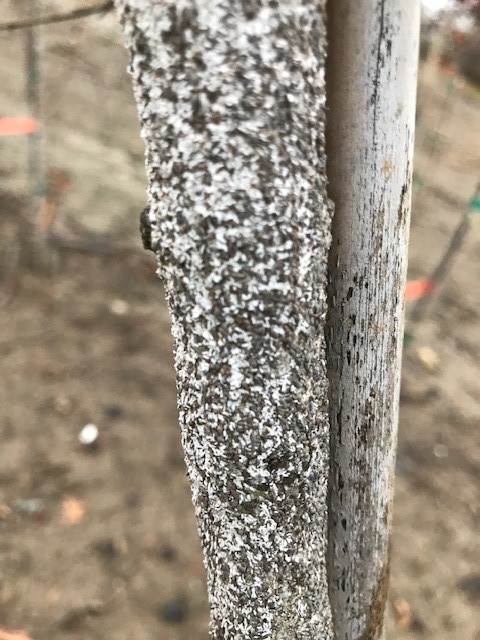 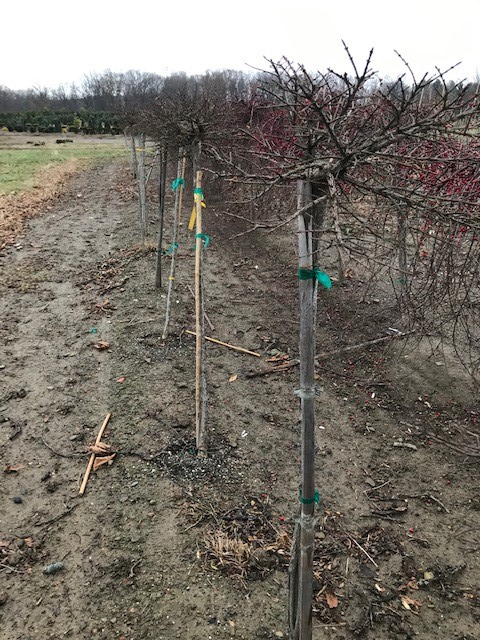 The message is now is a great time to scout for scale. Based on label recommendations, dormant oil can be effective in reducing numbers of scale. The key is to document the plant and type of scale, the location of the plants, and investigate when crawlers emerge and plan to spray at the appropriate time and interval.