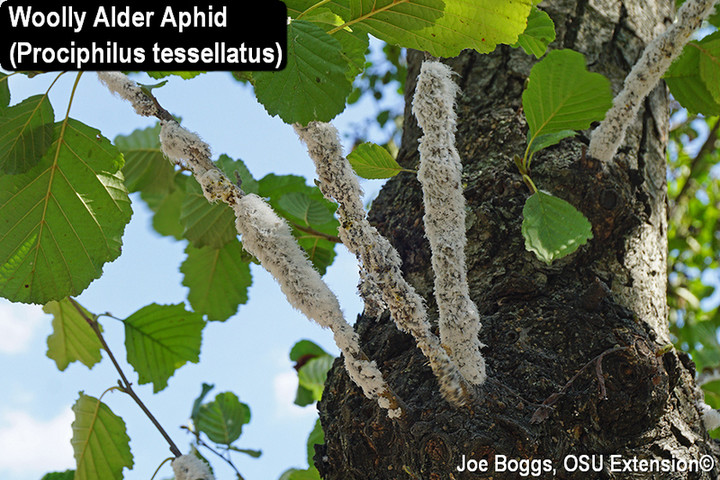 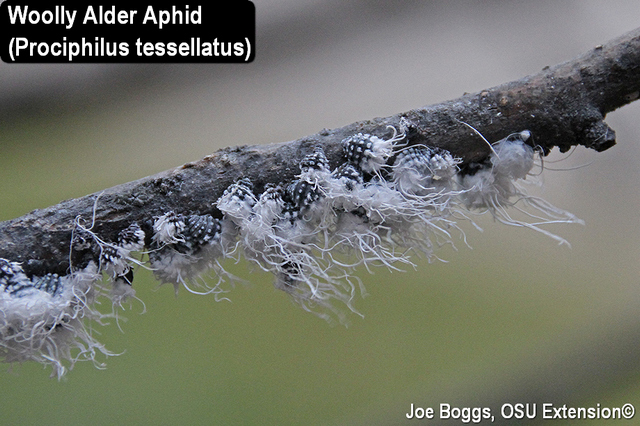 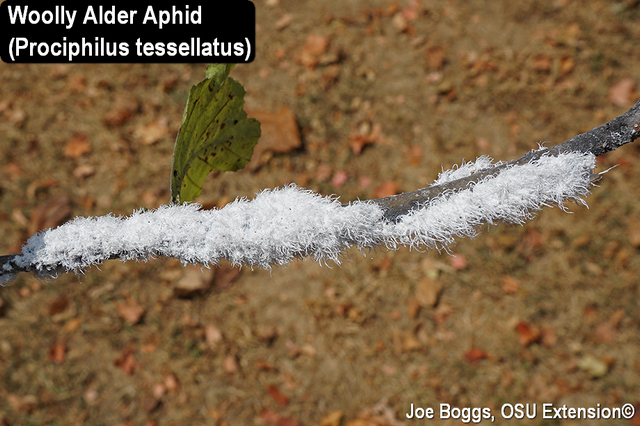 I've encountered these unusual woolly aphids twice over the past couple of weeks.  My friend Ron Rothhaas (Arbor Doctor, LLC, Cincinnati, OH) gave me directions to heavy infestations on several alders used as street trees in Cincinnati.  I also came across these fluff-covered aphids adorning alders in southern West Virginia. 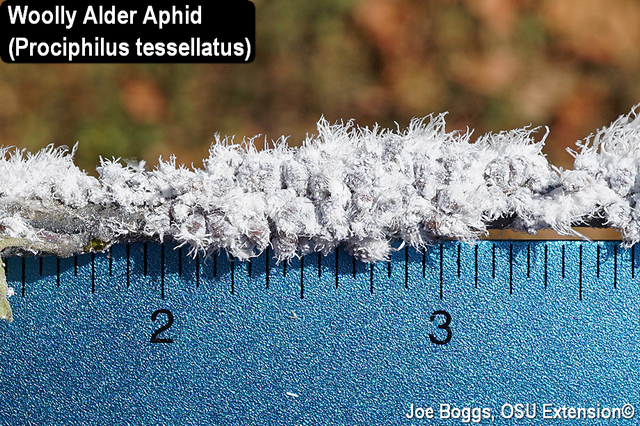 However, unlike their beech-sucking cousins, woolly alder aphids don't pulse their posterior ends in unison when they're disturbed.  This unusual defense behavior is responsible for beech blight aphids being called "boogie-woogie aphids."  More about these aphids later.

Woolly alder and beech blight aphids practice the same phloem-sucking behavior and both produce copious quantities of honeydew which becomes colonized by a specific sooty mold fungus, Scorias spongiosa (Ascomycete).  The fungus has an obligate relationship with these and a few other woolly aphids. 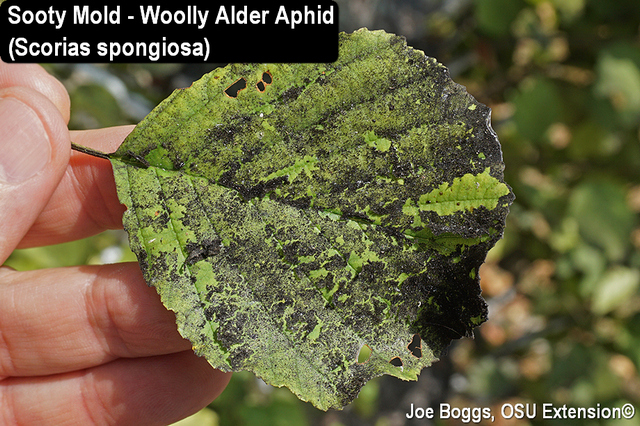 However, over time, the fungus progresses into a growth phase that is unlike most sooty molds; it produces a spongy, golden-yellow heap that may rise 1 - 2" or more above the leaf or twig surface.  The odd-looking fungal growths look like nothing else that would commonly be associated with aphids or honeydew. 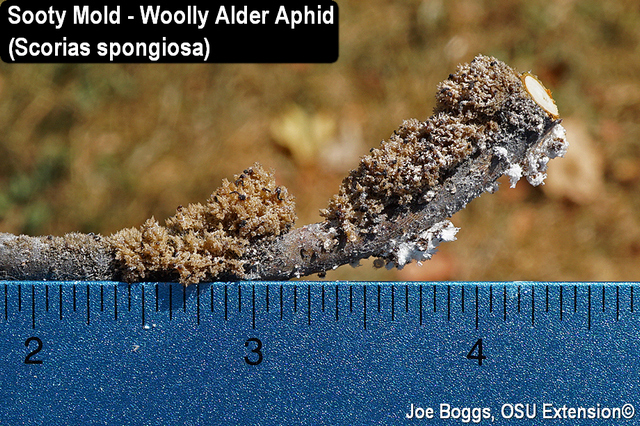 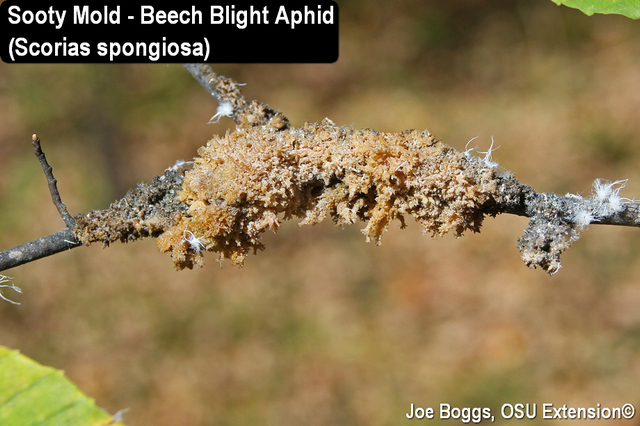 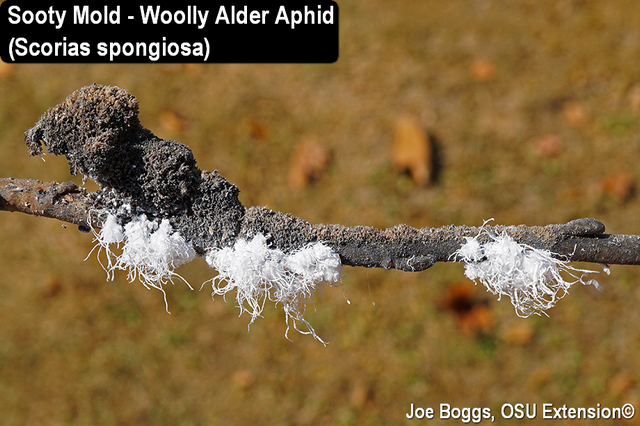 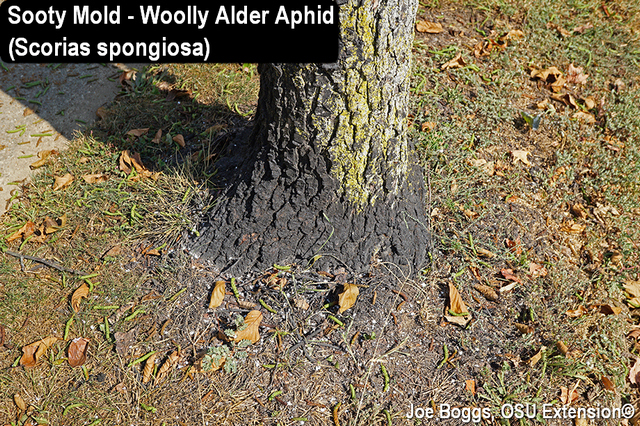 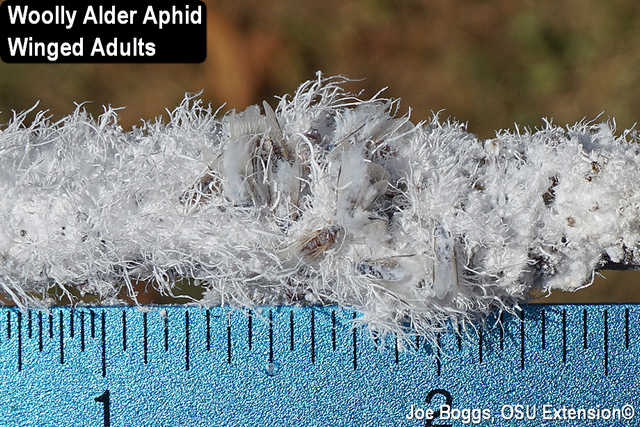 The winged females lay eggs in bark crevices on silver maples; this is the overwintering stage.  The eggs hatch in the spring and the resulting nymphs migrate to newly expanding maple leaves where they line-up on midveins and use their piercing-sucking mouthparts to tap into phloem vessels. 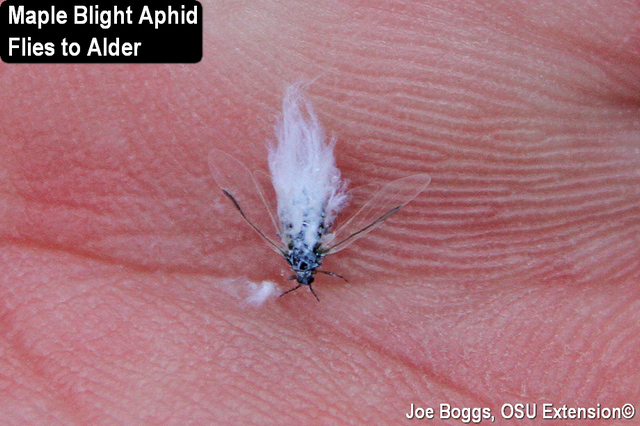 None of the aphids remain on silver maples past mid-summer. This "disappearing act" can be very dramatic with high populations seeming to suddenly disappear as the fluffy winged adults leave the maples to seek alders.

Woolly alder aphids/maple blight aphids are mainly nuisance and aesthetic pests.  They cause little damage to the overall health of their tree hosts so insecticide applications are seldom warranted.  The aphids attract a wide range of predators and parasitoids that play a significant role in naturally regulating populations.  Several of my images showed characteristic lacewing (family Chrysopidae) eggs laid near the aphids; harbingers of doom. 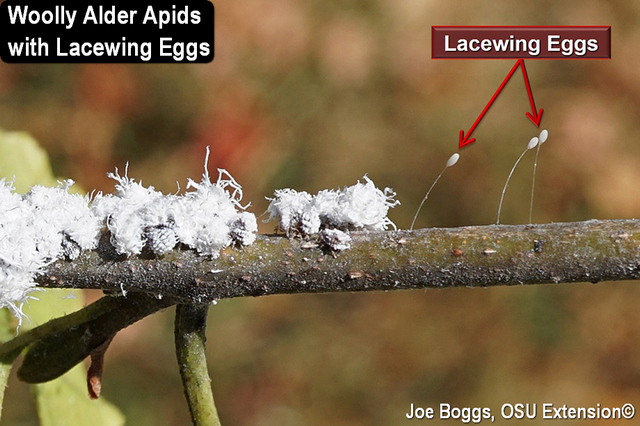 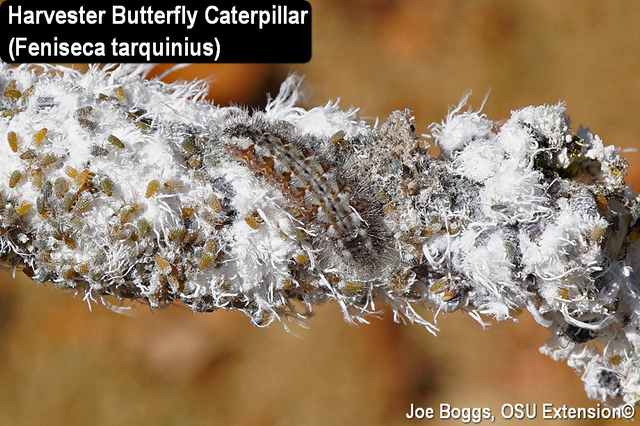 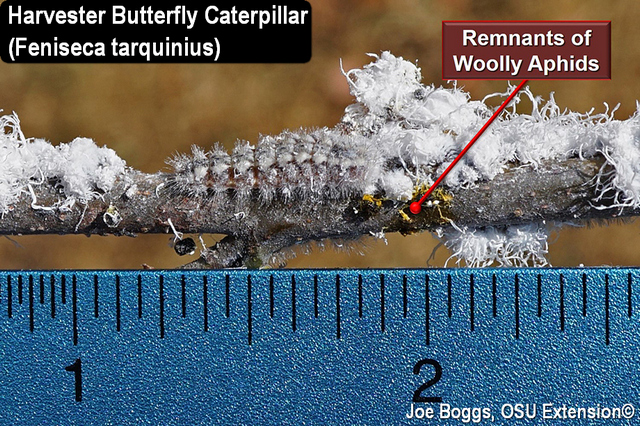 Harvester butterfly caterpillars commonly feed in groups (wolfpacks?) and apparently confine their feeding to woolly aphids.  You may also find the caterpillars creeping among colonies of other woolly aphids such as Woolly Elm Aphids (Eriosoma americanum).  The adult butterflies may be spotted fluttering in close proximity to their woolly caterpillar food. 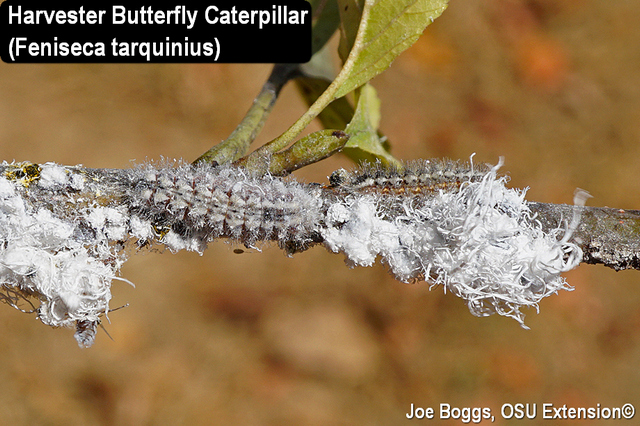 You can read more about this unusual aphid behavior by clicking on this hotlink that takes you to a Scientific American article titled, "Dancing woolly aphids will probably stab you": 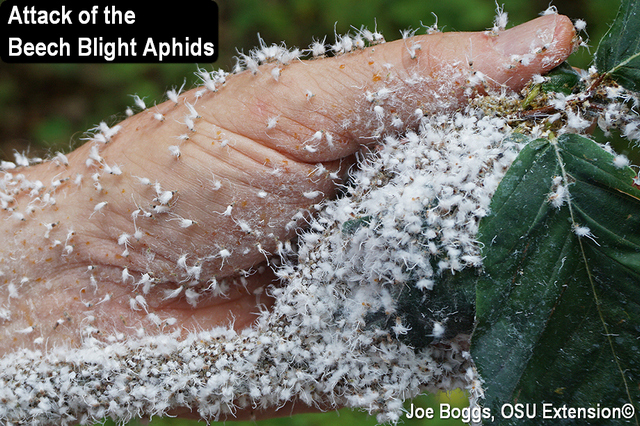