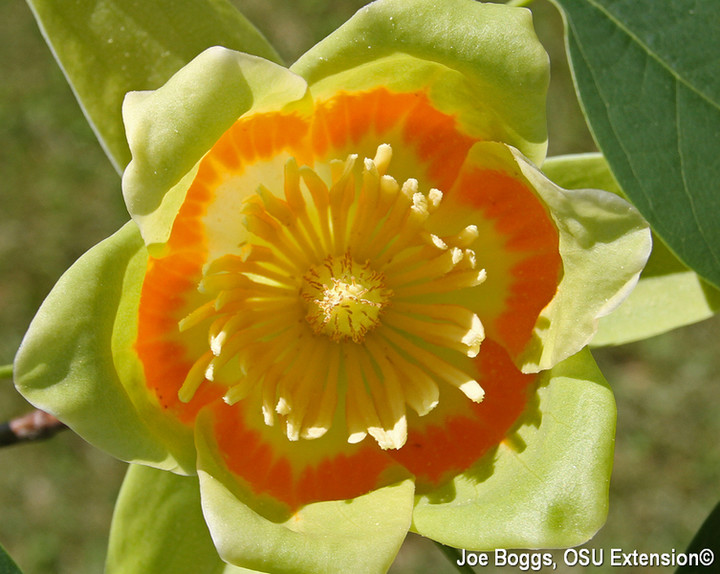 Liriodendron tulipifera (leer-ee-oh-DEN-drun  too-lip-IFF-ur-uh) is showing off its striking tulip-like flame-based flowers in southwest Ohio.  This has long been one of my favorite trees even though I'm never quite sure what to call it or exactly how to spell it.  I'm not alone. 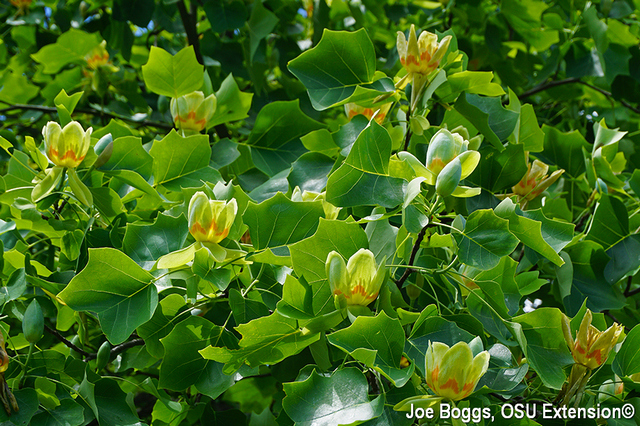 Tulip Tree was made the official state tree of Indiana by its General Assembly in 1931.  The Tennessee and Kentucky General Assemblies made Tulip Poplar their state trees in 1947 and 1976, respectively.  Apparently, the yellow poplar lobby was outmaneuvered in all three states.

The "tulip" in the common name refers to the delicate tulip-like flowers.  The "poplar" comes from the fine-grained wood of this popular lumber tree which resembles poplar (Populus spp.) and the "yellow" from the color of the wood although it's more frequently yellowish-green rather than yellow. 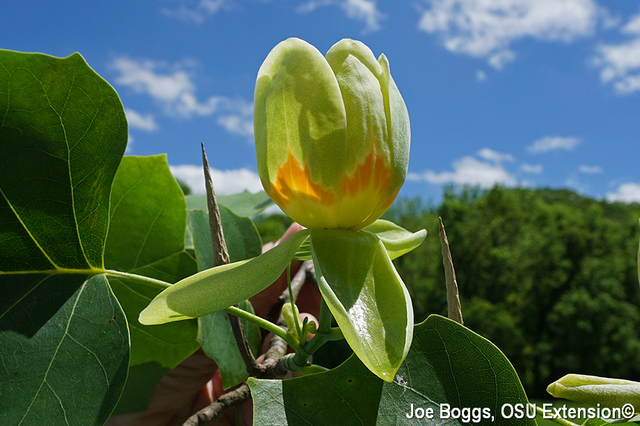 Technically speaking, every common name for Liriodendron tulipifera should be written as a contraction as in mayapple, pineapple, mountainash, ladybeetle, etc., or with a hyphen as in Douglas-fir.  That's because it's neither a giant tree-tulip nor a poplar.  In fact, tuliptree et al. belongs to the magnolia family (Magnoliaceae) which is revealed by closely examining the ancient arrangement of the flower parts. 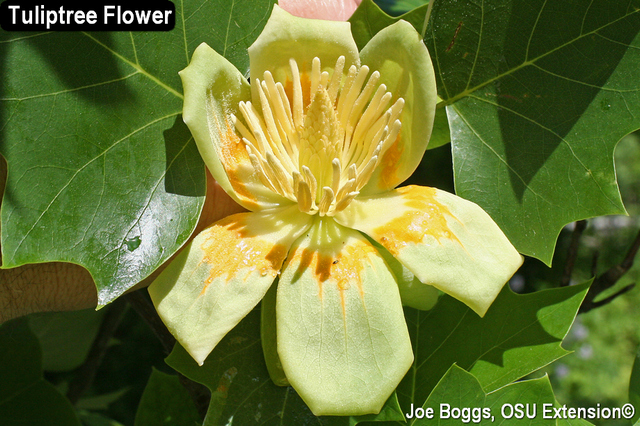 Tuliptree flowers are a bountiful source of nectar for honeybees and other pollinators.  However, the primitive flowers do not yield their sugary bribe to pollinators in the same way as more advanced flowers. 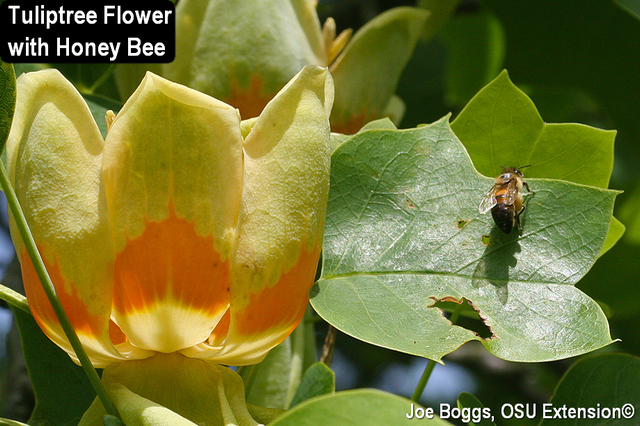 The nectar pools in the base of the cup-like flowers.  So, be careful because tipping the flowers over may release a voluminous flow of nectar to ruin your day.  The nectar commonly drips from the flowers onto leaves and branches where it's a dead-ringer for honeydew; the sticky, sugary substance produced by various sucking insects. 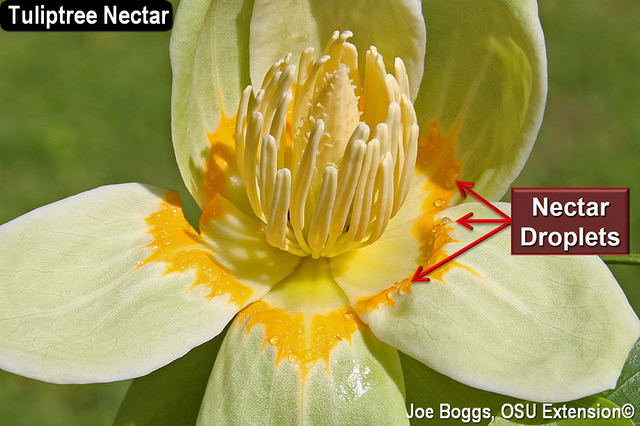 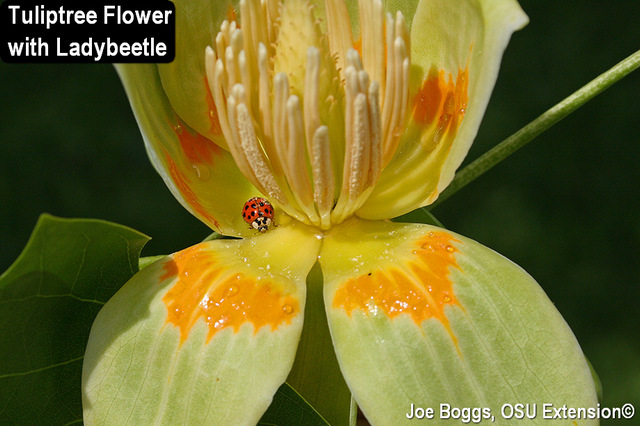 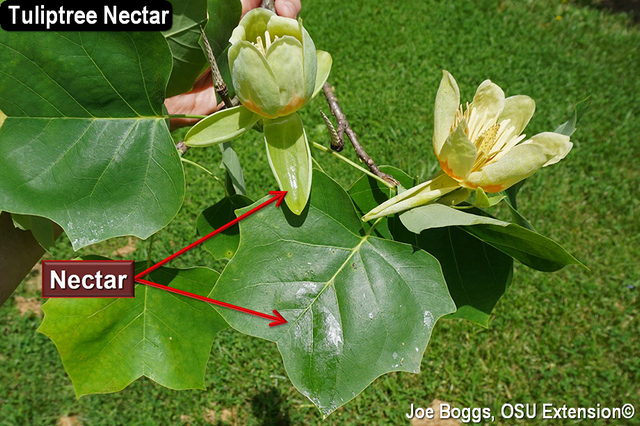 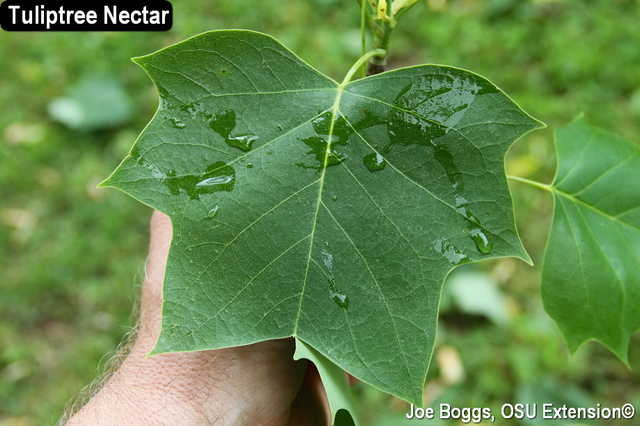 In fact, several sucking insects are capable of producing copious quantities of honeydew on tuliptrees including tuliptree scale (Toumeyella liriodendri) and calico scale (Eulecanium cerasorum), which are both soft scales, as well as the tuliptree aphid (Illinoia liriodendri). However, given the strong visual (and taste) similarities between insect honeydew and tuliptree nectar, the natural nectar phenomenon should be taken into account before making a diagnosis of an insect infestation on tuliptrees without actually seeing the insect. 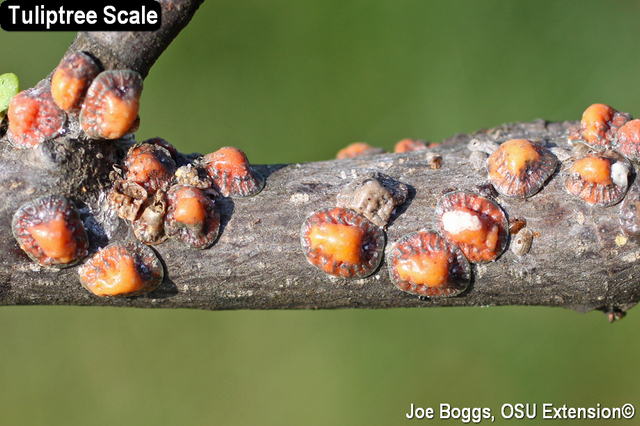 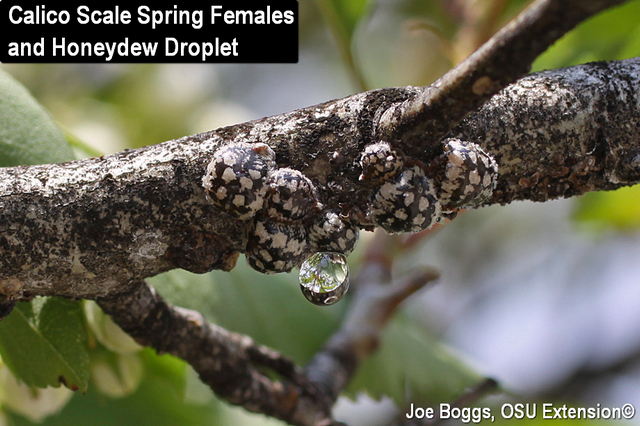 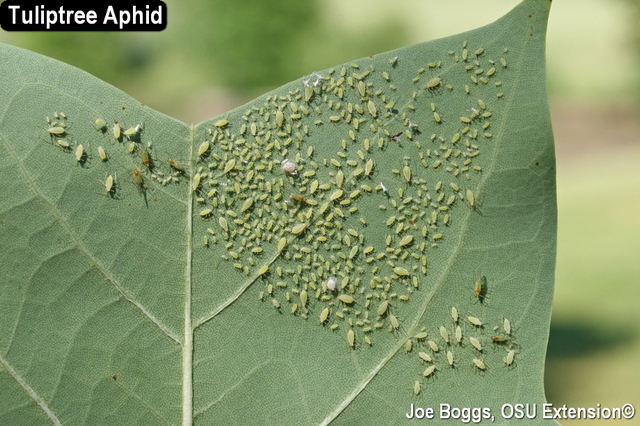 Thankfully, there are no common names associated with the tuliptree's winged seeds (samaras) which are arranged in cone-like structures (pinepoplar?).  The seeds drop from the tree and remain in physiological dormancy until they germinate in the spring.  Holding the seed in a refrigerator in a plastic bag containing moist sand or vermiculite for around 60 – 90 days will break this dormancy.  This is called "stratification" and is a necessary step if you want to propagate from a favorite tuliptree, tulip tree, tulip poplar, or yellow poplar. 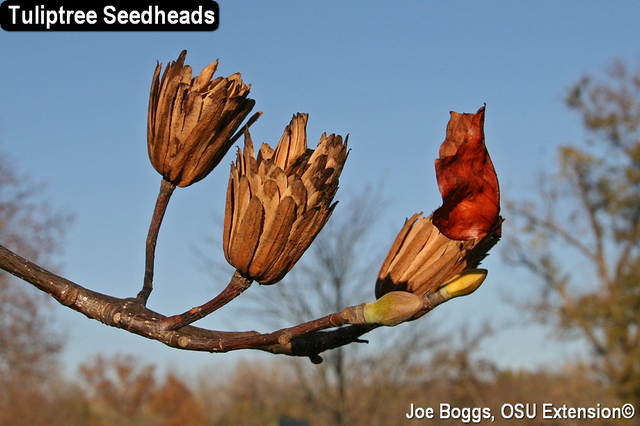 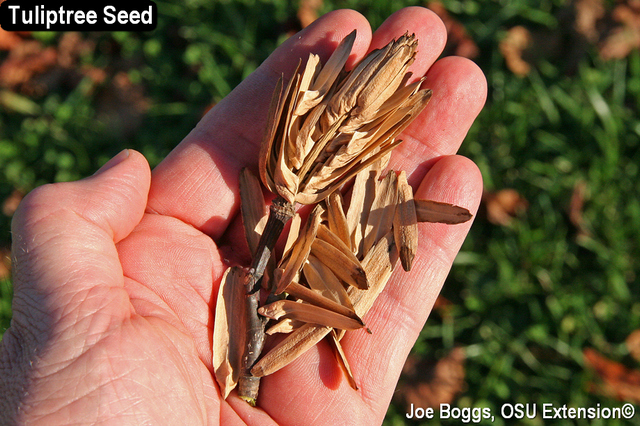