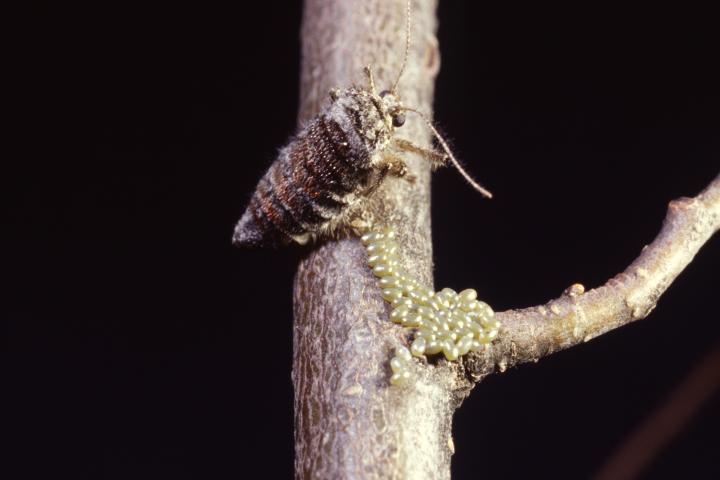 As I was walking into one of the offices on The Ohio State University Campus this morning, a small grey-colored moth caught my eye.  Upon closer inspection it was a male of the spring cankerworm, Paleacrita vernata (Lepidoptera, Geometridae)!  After my meeting I walked around the building and quickly spotted one of the females, also on a wall. The females are unusual in that they have no wings.  They look like little fuzzballs!  The females release a pheromone which attracts males for mating.  Soon after mating, the females attach eggs, usually onto potential host trees, mainly oak, elm, apple, linden and beech.  The larvae are also called loopers because they have lost some of their abdominal prolegs and move using an inchworm or looping motion.  These are some of the first insects to emerge and become active in the spring which officially arrives in a couple of weeks!