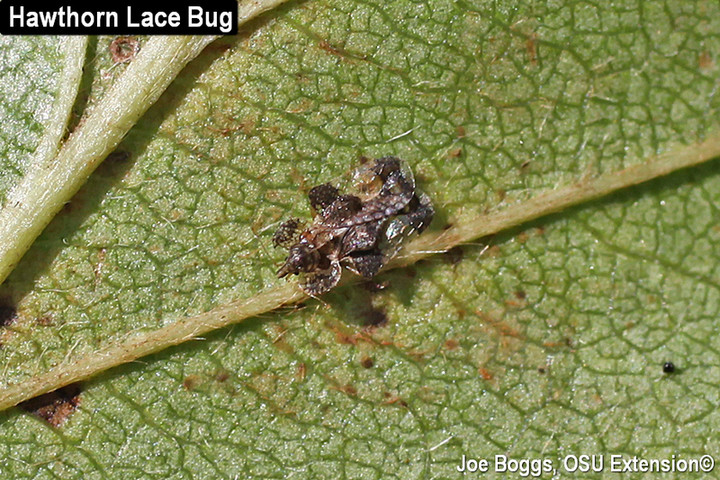 The characteristic leaf "stippling" symptoms produced by Hawthorn Lace Bugs (Corythucha cydoniae; order Hemiptera; family Tingidae) is now very noticeable in southwest Ohio.  Lace bugs are tiny insects with the adults measuring no more than 3/16" long.  They are so-named because of the lace-like pattern of veins and membranes in their wings.  The nymphs are even tinier and appear to be covered in small spikes. 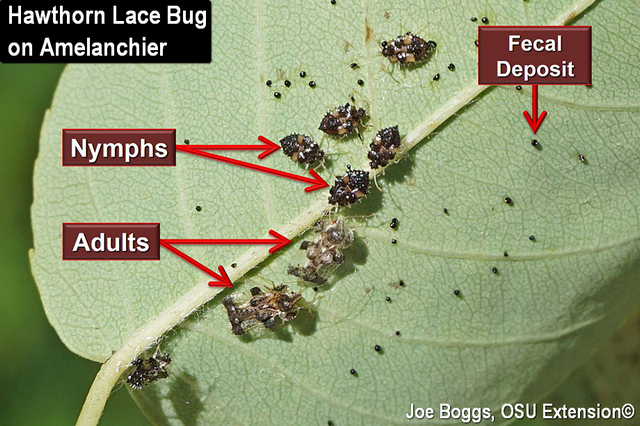 Despite its common name, hawthorn lace bug has one of the most cosmopolitan palates of any lace bug found in Ohio.  It will feast on a wide variety of rosaceous plants as well as a few plants outside of the rose family such as common buttonbush (Cephalanthus occidentalis).  However, they are most commonly found on hawthorn (Crataegus spp.), serviceberry (Amelanchier spp.), Cotoneaster spp. and firethorn, (Pyracantha coccinea). 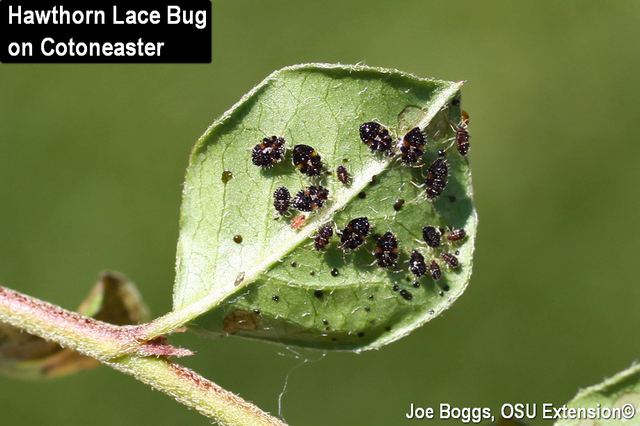 As with most of the common lace bugs found in Ohio, hawthorn lace bugs live on the underside of leaves where both the adults and nymphs use their piercing/sucking mouthparts to suck juices from the leaves.  Their feeding damage produces tiny yellow or whitish leaf spots commonly called "stippling" on the upper leaf surface. 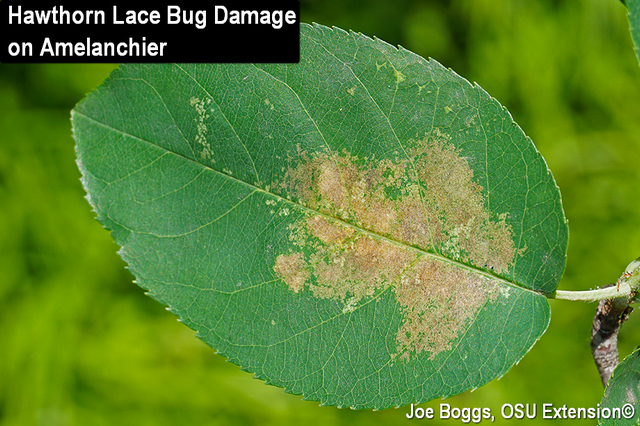 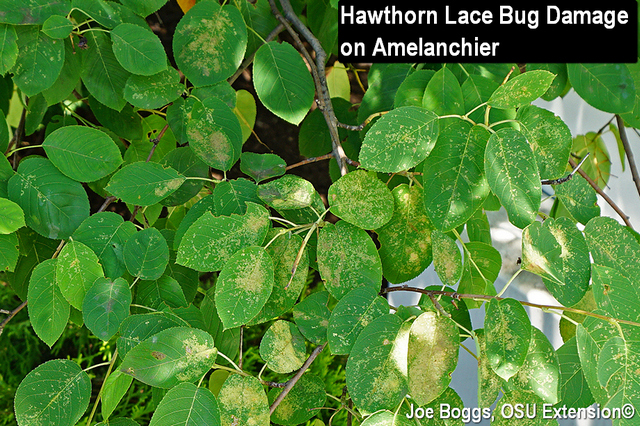 The stippling may first appear as distinct 1/4 - 1/2" diameter spots on the upper leaf surface created by 1st instar nymphs feeding near clusters of eggs from which they hatched.  Heavy stippling may coalesce to produce large, white patches that eventually become yellow-to-copper colored.  Both the adults and nymphs also produce black tar-like fecal deposits that also add to the unsightly appearance of heavily infested leaves. 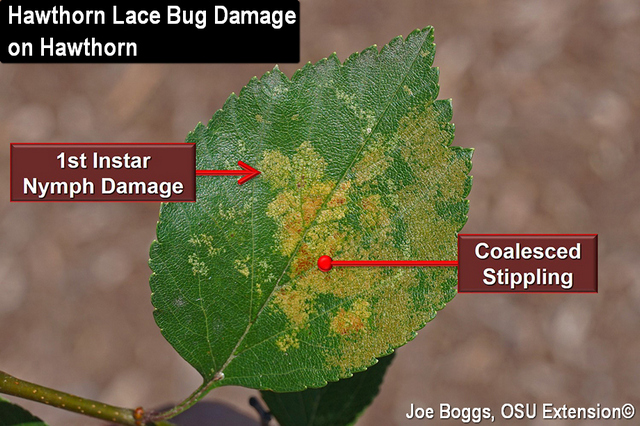 High hawthorn lace bug populations can produce enough leaf damage to cause early leaf drop, branch dieback, and even the death of small trees and shrubs.  Research has shown that the number of generations per season varies based on geography with northern states experiencing only one generation and southern states seeing multiple generations. 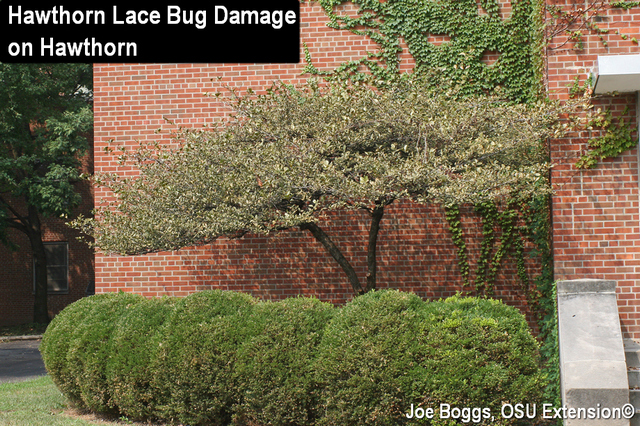 Effective suppression includes simply applying a heavy jet of water to the lower leaf surfaces to blast away the lace bugs.  This "water park ride" approach is particularly effective against the flightless nymphs.  Insecticidal soaps and horticultural oils are also effective against the nymphs; however, as with the water ride, direct contact is required.  The same is true for pyrethroid insecticides; they are stomach poisons but lace bugs are sucking insects.

Some systemic insecticides such as acephate (e.g. Orthene, Lepitect) and the neonicotinoids dinotefuran (e.g. Safari, Transtect) and imidacloprid (e.g. Merit, Xytect) are effective against this sucking pest.  However, imidacloprid must be applied with enough lead-time to allow the active ingredient to migrate to the leaves in a high enough concentration to kill the lace bugs.  It's probably too late for this systemic to prevent heavy damage this season except on small trees and shrubs.

Of course, before using any insecticide, you must read and follow label directions paying particular attention to plant safety as well as avoiding impacts on pollinators.  This includes making certain sprays do not drift or runoff onto non-target flowering plants.