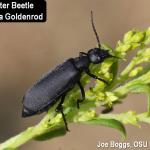 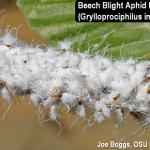 The uniquely entertaining Beech Blight Aphids (Grylloprociphilus imbricator) are taking the stage in Ohio. I’ve received several e-mail messages from across the state about the aphids and Brian Heinz (Horticulture Manager, Spring Grove Cemetery and Arboretum) alerted me to chorus lines shaking their derrieres on their namesake host in southwest Ohio
Published on
September 20, 2021
Authors
Joe Boggs 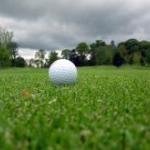 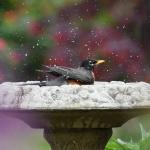 The following is an update on the bird illness that has been impacting certain species of songbirds across Ohio.
Published on
September 17, 2021
Authors
Marne Titchenell

Spotted Lanternfly infestation found in Ohio at 3 different locations. What can you do? SCOUT! 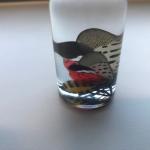 Spotted Lanternfly Lycorma delicatula infestation have been confirmed in 3 different locations in Ohio. Ohio Department of Agriculture confirmed an active infestation in Mingo Junction in southeast Ohio and two separate infestations in Cuyahoga County. What can you do? SCOUT!
Published on
September 17, 2021
Authors
Thomas deHaas
Amy Stone 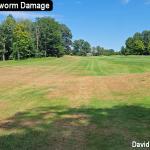 Participants in the BYGL Zoom Inservice on Tuesday morning had a lengthy discussion about whether we’ll experience a sequel to the Fall Armyworm (FAW) (Spodoptera frugiperda, family Noctuidae) saga in Ohio. Points were pondered and expectancies examined; however, the consensus was straightforward: never bet against insects!
Published on
September 16, 2021
Authors
Joe Boggs
Dave Shetlar
Curtis E. Young

“Bagworm Season” is Wrapping Up 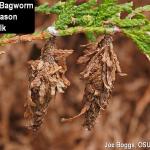 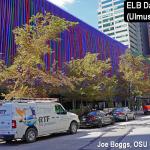 A site visit last week revealed a heavy infestation of Elm Leaf Beetle on ‘Patriot’ elm street trees in downtown Cincinnati. It was a surprise. This non-native beetle was once considered a major urban forest pest in Ohio as well as across most of the U.S. and eastern Canada. However, for unknown reasons, the beetles seemed to vanish from much of the U.S. in the early 1990s.
Published on
September 10, 2021
Authors
Joe Boggs
Curtis E. Young 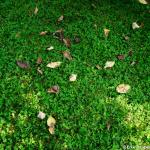 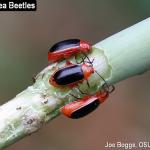 I first encountered these brightly colored flea beetles in an eastern Cincinnati landscape in mid-October 2011. The beetles were doing so much damage the only way I could identify the defoliated plants was through a plant tag; it was Hylotelephium telephium ‘Autumn Joy’ (family Crassulaceae). There was little joy in the appearance of the landscape planting.
Published on
September 7, 2021
Authors
Joe Boggs
Subscribe to